I’ve tried many different low carb brownie recipes using different kinds of ingredients in place of sugar and flour. My assessment after countless experiments is that they all suck. They always come out dry and crumbly. I came up with my recipe based on Alton Brown’s episode of Good Eats. Brownies can be made from cocoa or chocolate. The difference is that cocoa lacks fat, so extra butter is needed. Low carb cocoa brownies come out too dry in my experience. I opt for using unsweetened 100% cacao chocolate instead. There are a few other tricks I employ. I add blackstrap molasses for flavor and to increase moisture. I use powdered erythritol to give the mixture the “bulk” that the sugar would have provided. Vegetable glycerine also keeps the brownies moist. I add a tablespoon of honey substitute for flavoring and because it contains thickeners that helps the starch-free flour bind better. I use sifted Carbalose flour, not Carbquik. Carbquik contains baking powder, which is a no-no for brownies. What? Your mom always made brownies with baking powder? Those aren’t brownies. Those are chocolate cake squares masquerading as brownies! Anyway, if you don’t have Carbalose flour or want to avoid gluten, try something else like almond meal or ground up pecans.

UPDATE 2016-6-3: Slicing cakes, breads and brownies is annoying because whatever you use sticks to the food. I bought a Zyliss Dessert Knife and it works great. It’s safe enough to use while the brownies are in the silicone pan. Just press the knife straight down to make a cut.

UPDATE 2016-7-12: I’ve been experimenting with Scharffen Berger chocolate and it’s expensive, but worth it! I also tried doubling the recipe and cutting the brownies into 12ths. They need to bake for 30-35 minutes. 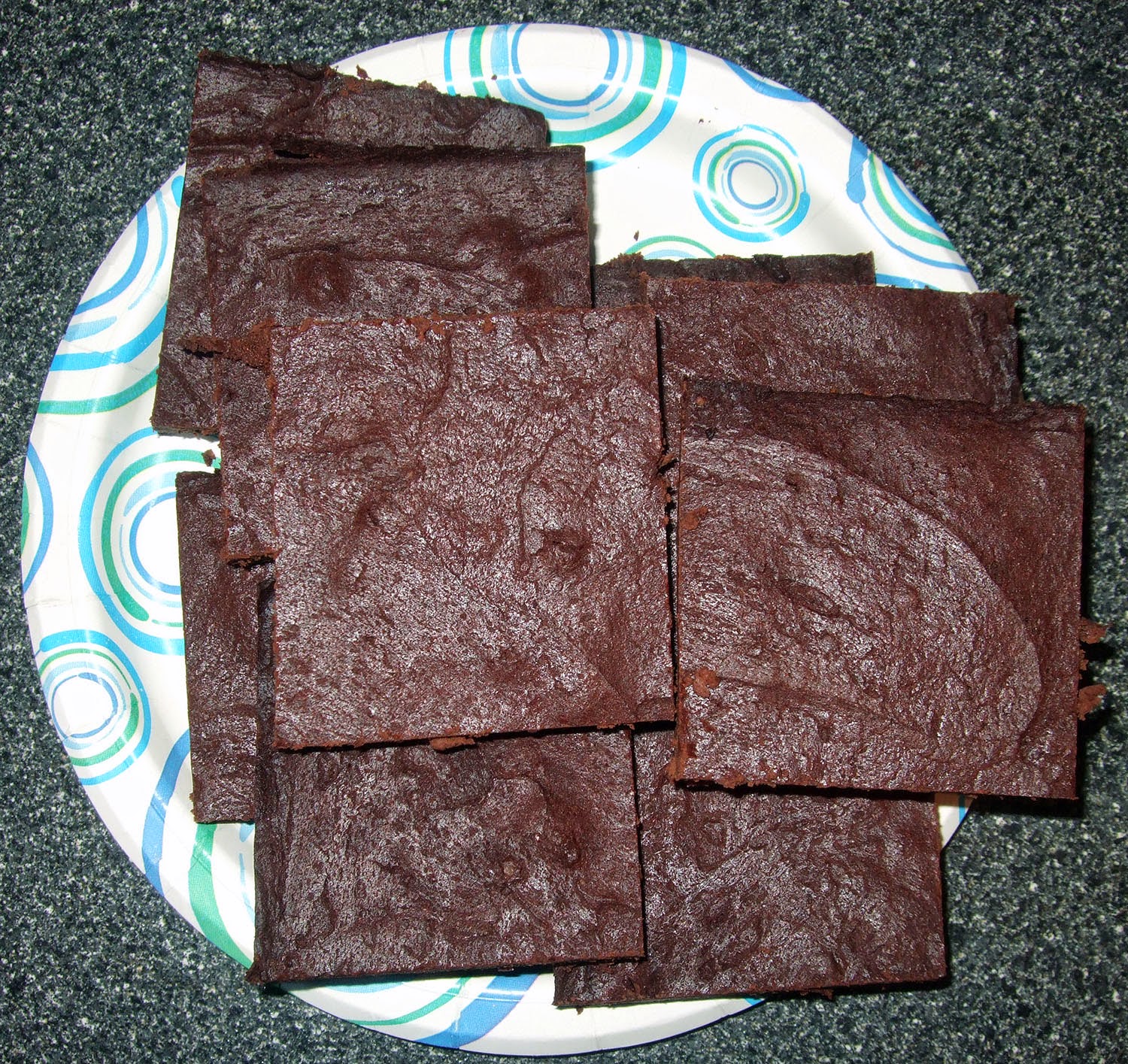 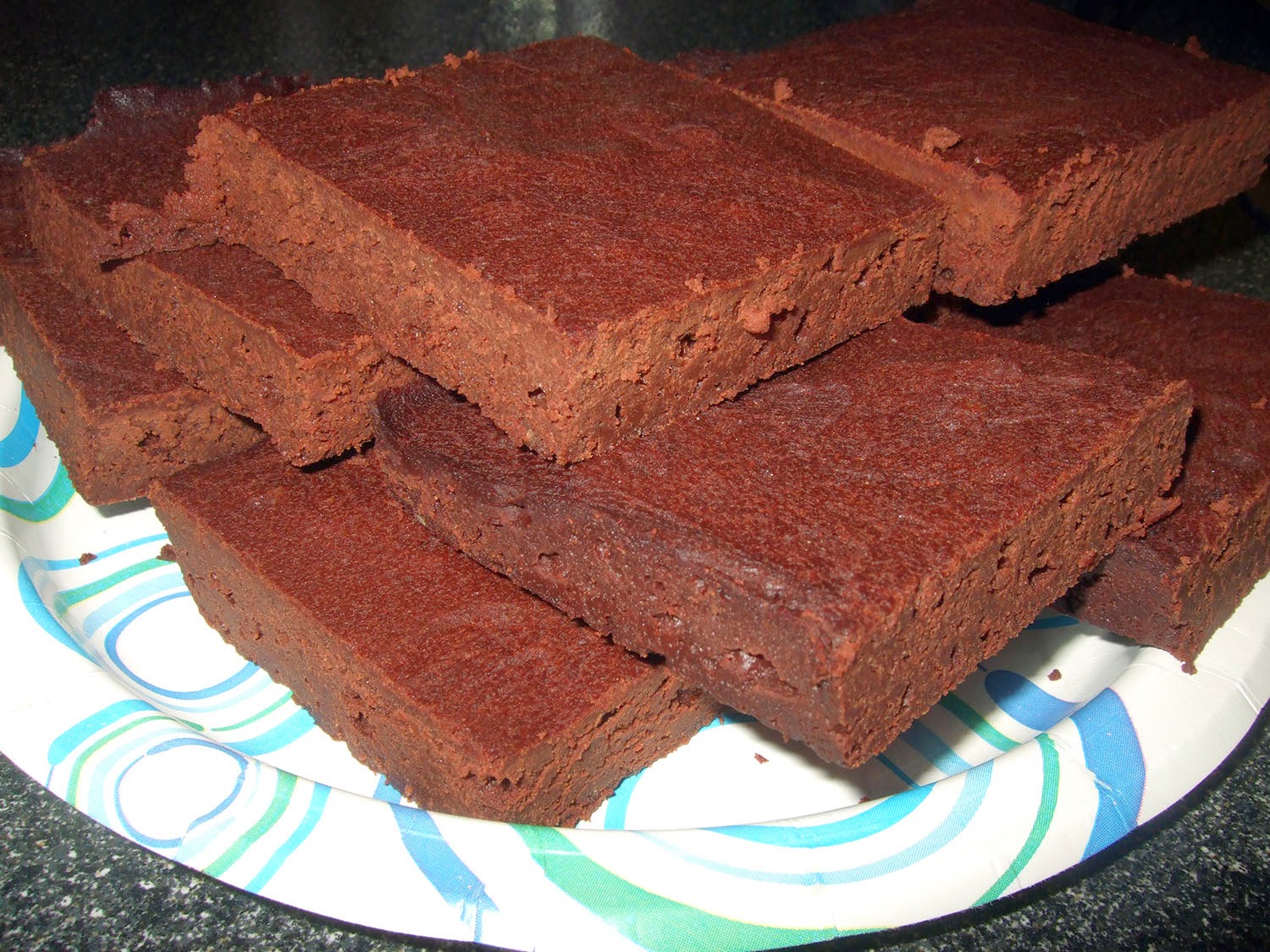 UPDATE 2014-12-12: I made some white chocolate brownies substituting the 6 ounces of chocolate for 5½ ounces cocoa butter and 2 tablespoons of LC Foods Milk Powder. Came out great! 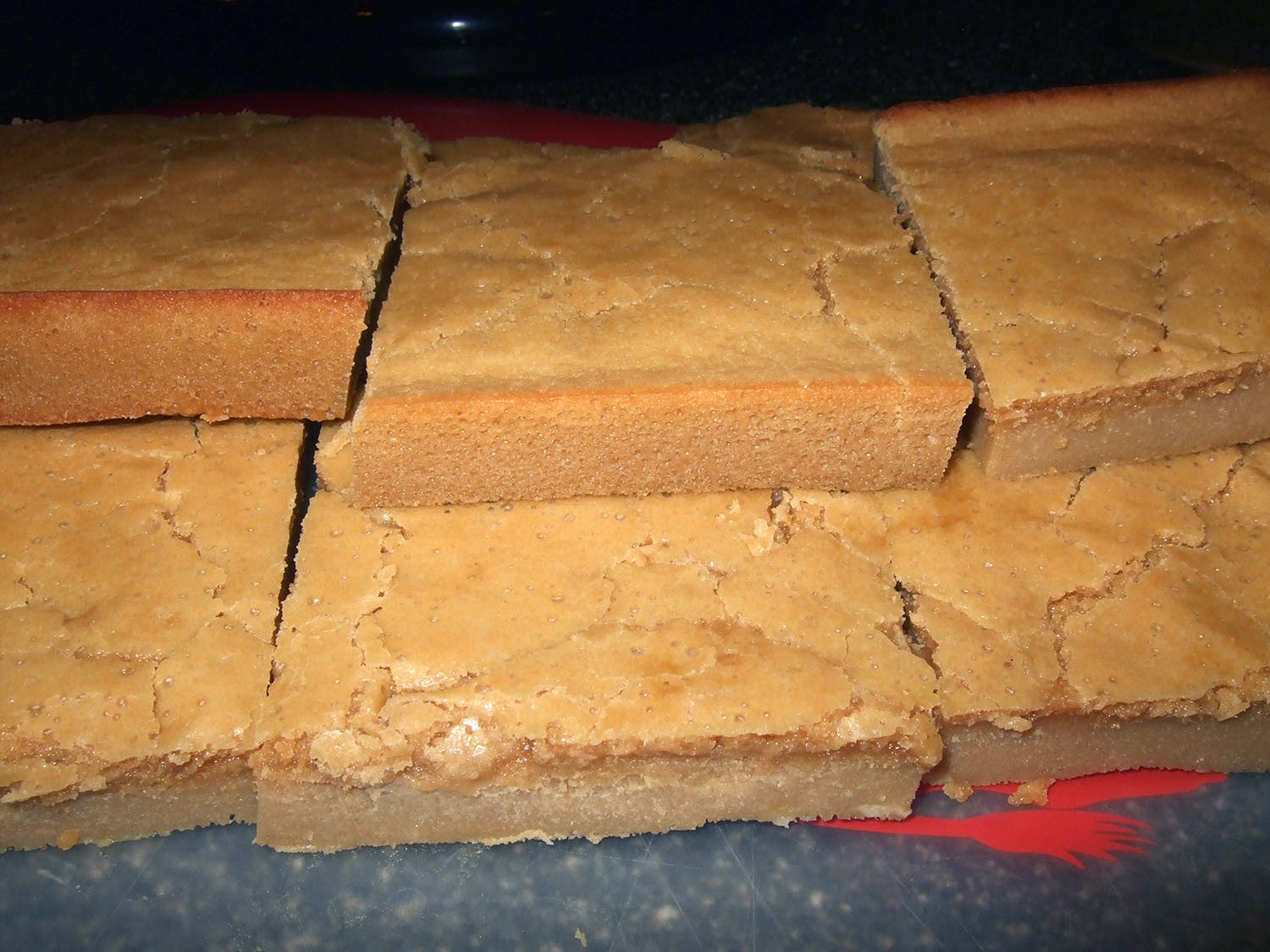 Posted by Gerard Pinzone at 6:54 PM