My next ice cream idea is for Cookies and Cream. It’s basically a sweet cream base with Oreo cookies added. Oreos are hardly low carb, so either I have to find an off the shelf replacement or make my own. Atkins used to make an Oreo clone called “Atkins Endulge Chocolate Creme Sandwich Cookies.” They tasted good, but they caused stomach upset and were mostly made from wheat flour. If there was ever an Atkins product that stretched the idea of “low carb,” it was this one. That's probably why it’s been discontinued.

I found an number of Oreo clone recipes on the Internet. Many of them are just plain wrong. Oreo cookies are very dark, flat, and crisp. Any recipe that lists baking powder as an ingredient is wrong. There should be no leavening. There needs to be lots of cocoa to ensure a strong chocolate flavor. Dutch process cocoa powder would probably work better since it’s darker and less acidic, but the regular stuff I had on-hand seemed to work just fine. For the flour, I used a combination of almond, coconut, and flax. The flax meal gives it a slight “cracker” texture and flavor.

Oreo cream filling is made from vegetable shortening, vanilla extract, and powdered sugar. Crisco is made from soybeans, so I wouldn’t recommend it. I’d try ones that are made from palm oil instead. Unfortunately, I don’t have any in the house, so I tried something different. I made my filling based on 50% butter and 50% coconut oil. The result was incredible! I used a very neutral tasting coconut oil. Most brands are okay, but ones like Trader Joes’ have a strong coconut aroma and flavor.

To make the round cookie shapes, I borrowed a 2” cap from a vitamin container. Worked as well as any cookie cutter that I’ve ever used.

I ended up with 32 finished cookies (two chocolate cookies and filling) when I was done, but I estimate there should have been about 36 due to some of them being sampled...you know, for science. The gram weights of the ingredients were based mostly on my measurements rather than what’s listed on the label. (The cocoa powder was off by 20%!)

UPDATE (2014-04-05): I modified the recipe slightly for the cookie to use more coconut flour and less almond flour and I like it better, so I changed the amounts below. I also attempted a batch of filling using Spectrum Naturals Organic Shortening, which is made from 100% palm oil. It works great, but I personally think the taste of the coconut oil/butter experiment of mine tastes better. I include the weights because cooking using a scale is much easier. I may do a write up on this topic one day.

UPDATE (2019-12-22): Sorry, I forgot to say that the BEST cocoa powder to use for these faux Oreos is King Arthur Flour Black Cocoa. It doesn't just enhance the color. It's the flavor, too! I also adjusted the instructions to use softened butter instead of melted butter for the cookies. 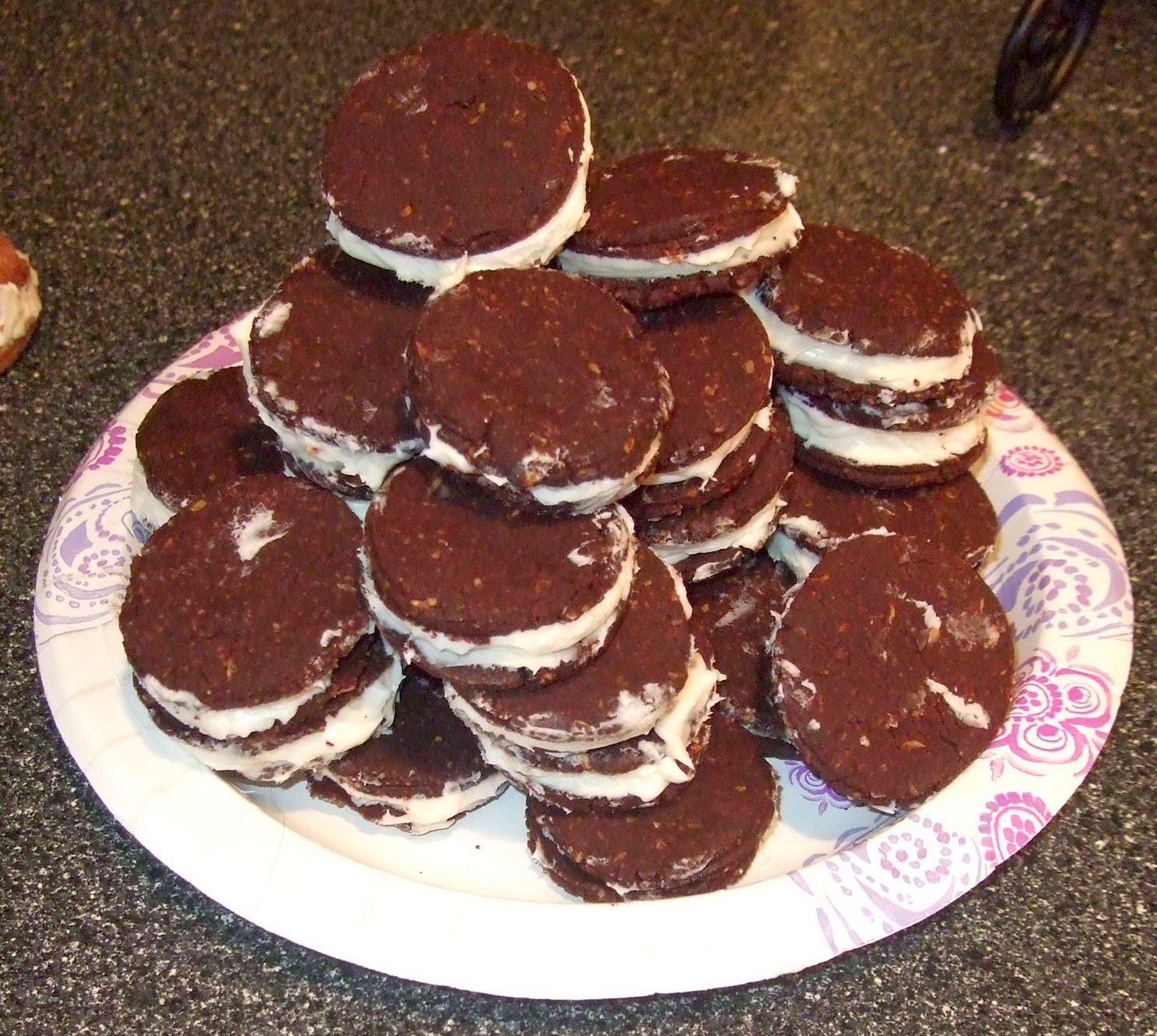